But they make the fatal error of believing that because their job is so serious they also have to be boring. Actually, it is the most irresponsible thing on earth for policy-makers and civil servants to be boring because it’s the boring policies that fail to grasp the imagination, fail to communicate themselves and consequently fail to do any good.

They then have to be imposed. You then have to use hard power rather than soft power to make them work. So imagination in policy-making is critical. For the European Union to become imaginative in its policy-making would require structural change, but then that’s true for every government on earth. Governments deliberately exclude imagination in their work, most of them. They encourage their employees to believe that they should leave their hearts and their heads […] in the refrigerator at home when they come into work […]”

The quote above is the part of the 30 minutes introduction to a recent seven minute talk by Simon Anholt at Europcom about what the EU should be and how it should see itself.

This talk starts at minute 31:00 of this speech by Anholt, which is worth watching in its entirety if you like thinking about propaganda and and the inability to do national branding, but the main EU part only starts after half an hour: 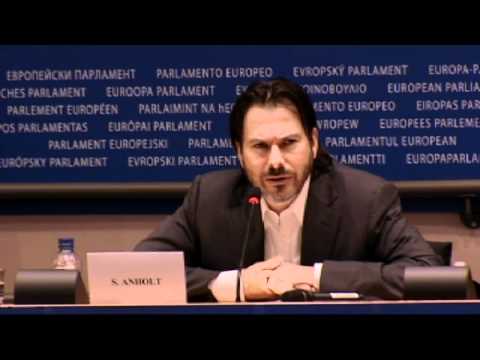 That’s the kind of talk one would like to hear at a State of the European Union by a real Commission President, someone with much more imagination than Barroso, not to talk about van Rompuy.

PS.: Why I would blog this tonight? Well, because during the next five days Eurozone leaders – and self-branded “leaders” – would better have some real imagination to solve the monetary problems the Union is facing.

One Response to The EU’s image is the boringness of its officials?