“[W]hen we speak of EU primary law, we are referring to a kind of legal text that even law experts have hard time digesting (and of course the question is whether those who sign these treaties really know what they are doing?)” (Protesilaos Stavrou)

I wanted to write this blog post for a while but it is quite difficult to express the excitement for such a seemingly geeky topic as Comitology, and so I hesitated. But Protesilaos‘ question mark whether those signing the EU treaties would know what they were doing reminded me of a statement by EU Commission official Antoine Buchet, who is working on interinstitutional matters in the Commission Secretariat, made in a 2-hours long discussion about Comitology at the European University Institute two months ago (full video below).

Update: Martin told on Twitter that he had participated in the meeting and has blogged about it January. 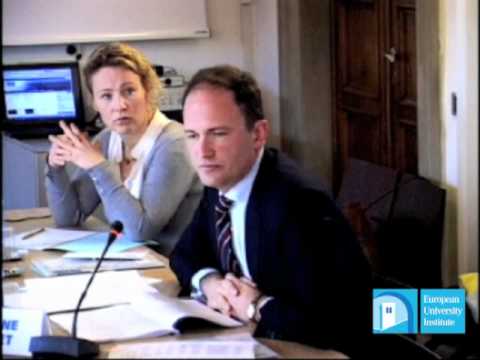 Mr Buchet’s 1st intervention starts at minute 22:55, and besides some very informing remarks on Comitology he also makes some interesting comments on the psychology of relations between the European Commission, the European Parliament, and the Council, exemplified through the interaction around Comitology:

Coming back to the title of the post, from minute 31:00, Buchet talks about how the current rules on Comitology (and delegated acts), Articles 290 and 291 of the Treaty on the Functioning of the European Union, came into effect. Basically, these two articles originate entirely from the failed Constitutional Treaty and have been taken over without any changes, and nobody was aware that this would change the old way of working with Comitology significantly.

“You had in the Constitution Article 136 and 137, and they became quite automatically Article 290, 291. There was no discussion on this. […] So nothing was done in the Lisbon Treaty about it. […] You say somewhere in the book that Council and legal service did this and that, but this is not true. […] And I can tell you, Council and the legal service, they did not see what happened. They lost it. And they discovered the problem after the signature and the ratification, as the member states by the way. And I was the witness of this surprise of the member states. I will come back to that later” (minute 31:20)

I suppose that kind of answers Protesilaos‘ question.

Now, if you are interested in Comitology, in implementing and delegated acts, I recommend listen to the whole recording and the arguments made, especially everything said by Buchet because his insights are quite revealing about a lot of issues.

He even questions the legality of certain acts that have been passed in 2010 under the new rules of delegation. I admit I don’t understand the context, but his conclusions are clear:

“It is true that all the financial supervision area is a strange one. And it will remain a strange one. And we have had many regulations in the beginning of the 2010, I think, adopted with a lot of delegated acts, hundreds of delegated acts with delegation of powers […] with very strange way of working. And quite unorthodox. And I must say, off the record of course, I know I’m being recorded, illegal. But that’s my personal point of view.” (minute 30:30)

I’d say that this statements again reveals that those who pass EU law, whether in the form of treaties or of normal legislation, do not always know what they are actually doing, which may eventually lead to a re-balancing of powers or even in legislation at the border to legality.

3 Responses to But they don’t know what they were doing: Comitology edition