Votewatch.eu has been relaunched on Monday, and if you haven’t checked it out yet, it’s time doing so.

Put in very simple terms, it’s a website that takes publicly available information from the European Parliament and the EU Council – in particular everything related to votes – and makes it accessible in a way that both institutions are, apparently, unable to do.

In reality, it means that Votewatch transform data buried in mainly unreadable and often hard-to-find public files and makes it searchable, comparable, relevant, at least for those who think that EU votes are relevant. What comes out is a website that makes an important part of the voting record of each European Parliament members transparent and helps to easily trace how and with what majorities different decisions are made in the European Parliament.

First, Votewatch.eu got the rejection of the postponement of the vote which the MEP Fjellner demanded. And here they got the final rejection of ACTA. If you scroll down on each page, you can see how every individual MEP has voted, which group and which country s/he is from and more. Try to find just part of that information on the European Parliament website. Good luck with that!

Now, the Votewatch.eu team had invited me to speak at their relaunch “party” in Brussels on Monday, an event which they also used to present their report on statistics of Council voting (2009-2012), highlighting that their website since the relaunch now also covers votes in the Council.

I must say that I personally don’t find the Council voting records very interesting, because they do not tell very much. The main thing they tell is that once things come to a final vote in the Council, member states or their respective ministers basically vote in favour more than 90% of the time. Which shows in return that – and I said that on Monday – the actual politics is happening  way before the votes take place. The German Financial Times didn’t get this, apparently.

The real substantive conflicts in the Council are hidden from the public or, if surfacing in rare public discussions (and if covered as I have done through live blogging), it’s very difficult to deduct who wins or why comprises ended up the way they did.

However, it’s not the fault of Votewatch.eu that Council votes do not tell much. Their report basically highlights that Council transparency has a long way to go before the public can scrutinise its legislative activities in a meaningful way. My impression from the panel discussion on the report – which included an academic and Votewatch researcher, a former MEP, a Danish ambassador, a representative of the EU Ombudsman’s office and me – that this was basically agreed upon by everyone one the panel.

Altogether, Votewatch.eu is doing a great job in making EU-level voting behaviour more transparent, and they do so now for both chambers of the EU legislature. If both the Parliament and the Council would finally give out more information, this could become even more meaningful. And in an ideal world, Votewatch.eu would be replaced by the same service on the EP and Council websites – but that’s too much to ask, I suppose…

PS.: For those interested – Simon Hix reported at the beginning of the year about a social science experiment they did with the help of Votewatch.eu. They tried to see whether a constant reminder of the existence of Votewatch.eu to a sample of Members of the European Parliament would change their voting and working behaviour. If you watch the presentation, you will see that the measurable effects are not that strong: 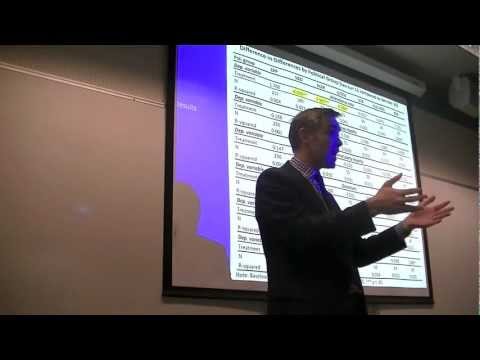 2 Responses to They are watching your votes, Council and Parliament!