For the last six years, I’ve been following EU politics and information flows as a blogger, as an academic, and since 2010 also as an activist with Transparency International, first as a volunteer and since 2012 as a full-time employee here in Brussels.

Last Wednesday, I finally defended “Information Flows in the Context of EU Policy-Making“, my PhD thesis born out of an idea I had when watching “Matrix” back in 2005 and grown from a simple term paper on time in politics,  to a master thesis on networks and time in politics to the PhD thesis. 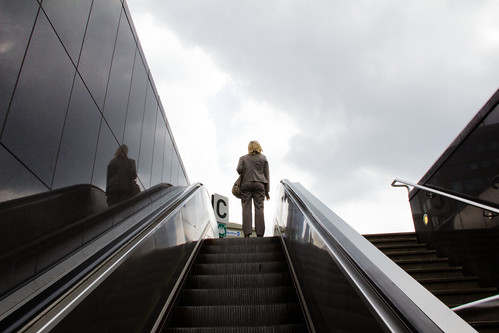 The final text explains theoretically how affiliation or two-mode networks can be used to describe and explain the flow of public and non-public EU information (among other things as discussed here), and tests this for information flows around the reform of the EU’s Common Fisheries Policy.

Through this blog, I’ve been part of EU information flows, I’ve tried to share some of the insights I gained through my research, I’ve tried to link political science and EU politics, and even though I’ve not been blogging very much lately, I’ve tried to stay part of the debate at least via Twitter.

I don’t know how this blog will develop, whether I will continue to write here or start something new, but it is clear that the end of the old journey will also be the start of a new one:

As of 1 June I will leave Brussels and start as a post-doc researcher at the Chair in Political Systems and European Integration at the  Geschwister-Scholl-Institute of the Ludwig-Maximilians-University (LMU) in Munich.

I’ll probably not be able to leave the EU bubble behind me completely, but it will be fun to look at EU politics with some distance again. When I leave, the 2014 European elections will be over but I’ll be gone before the new Parliament, new Commission and new European Council President will be in office.

I’m not sure I’ll be able to keep quiet on this, whether on this blog or on whatever other medium.

3 Responses to Polscieu: The end of a journey, the start of a new one